Eddie and I are about the same age. I always admired what he could do with a guitar. 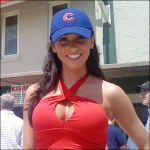 Got the chance to see them 14 times when I was much younger. Lived and died with VH in my HS / college days. Was always a Van Hagar guy just because that's when I was introduced to them...but definitely loved both singers. Diver Down without a doubt one of the most underrated albums of all time in my opinion. You know you're getting old when dudes like this start dropping.

Definitely one of the all-time greats. I was never a huge Van Halen, too young and more of a metal head, fan but the impact the EVH has made on guitar playing and the music industry in general cannot be understated. As a guitar player myself, I always tried to emulate some of his techniques (tapping/picking) but I could never quite master those techniques.

Many of the guitar players I look up to, Dimebag Darrell (Pantera), Joel Stroezel and Adam D (Killswitch Engage), John Connolley (Sevendust), have stated that EVH was a huge influence on them. In fact, Dimebag was buried with one of EVH's guitars he used to record some of the earlier albums. This action, along with his recording the solo on Michael Jackson's "Beat It" for free, just show the type of individual EVH was. It was all about the music and continuously improving on his craft. As I saw on Twitter yesterday, Heaven just got a little louder.

only saw van halen once. i think it was on their first album tour! they were the last concert played at the il state armory. crazy time. i'm pretty sure i was in 8th grade.

I liked VH, but was never a huge fan. They were a touch too poppy for me. Not surprising that my 2 favorite VH were 2 of their more heavy songs.


Eddie Van Halen is undoubtedly one of the greatest musical minds of the past 50 years. Not just rock or pop, but music overall.

I saw Van Halen in Tinley Park about 1996 or so. They were great. 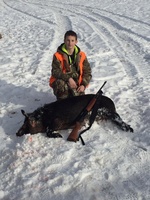 19delta wrote:I saw Van Halen in Tinley Park about 1996 or so. They were great.

19delta wrote:I saw Van Halen in Tinley Park about 1996 or so. They were great.

If you remember a 300lbs shirtless dude in the pavilion seating who was WAY overserved, then yeah. That was me.

Haha. I was in the pavilion too. Those pesky beer vendors are so irresponsible!